Rachelle Whitten is a devoted wife, mother, and grandmother. As a former nurse, she still has a passion for helping others. She has selflessly served multiple nonprofit organizations since 2002, taking on various leadership roles.

Rachelle is the co-founder and CEO of both Sewing Hope Foundation and Pros for Africa. Each organization assists Sister Rosemary Nyirumbe in funding multiple schools for displaced girls in Uganda. Sister Rosemary became one of the Time 100 Most Influential People in 2014 and a CNN Hero; she works closely with Rachelle to give young women a brighter future.

The relationship between these women led to the pop-tab purse project. Inspired by the creations of Sister Rosemary’s students, Rachelle researched designs and began sending pop tabs and thread to the young women at St. Monica’s Girls Tailoring School and Daycare, eventually creating Sisters United, a for-profit company. The proceeds from these handmade bags support Sister Rosemary’s important work and provide these young women opportunities to support their families.

In addition, Rachelle is the primary event coordinator for Pros for Africa and Sewing Hope Foundation’s annual galas. In partnership with NBA player Serge Ibaka of the Oklahoma City Thunder, these events grew in success to raise hundreds of thousands of dollars for Sister Rosemary and UNICEF.

Along with her collaborative undertakings in Uganda, Rachelle is also the co-founder and Vice President of the Whitten Newman Family Foundation (WNFF). A private, family foundation, WNFF is the primary vehicle for supporting several nonprofits and notable projects, including FATE (Fighting Addiction Through Education), Pros for Africa & the Sewing HopeFoundation, the ExplorOlogy Foundation, Native Explorers, and several educational scholarships.

As the co-founder of FATE, she is the driving force behind her husband’s speaking engagements, often supporting Reggie by organizing his content and presentations. Of course, her work does not end here.

Rachelle teamed up with the Sam Nobel Museum to become the co-founder of the ExplorOlogy Foundation. This foundation encourages young people to explore science education’s different “ologies.” Over 100,000 young people have participated in one or more programs sponsored by ExplorOlogy. This number will only continue to grow.

As impressive as Rachelle’s work is, she excels at being the true CEO of the Whitten Newman family; Mother, Wife, Aunt, and Grandmother. Given the title “Glammy” by her grandchildren, Rachelle is the hub around which the Whitten Newman turns. 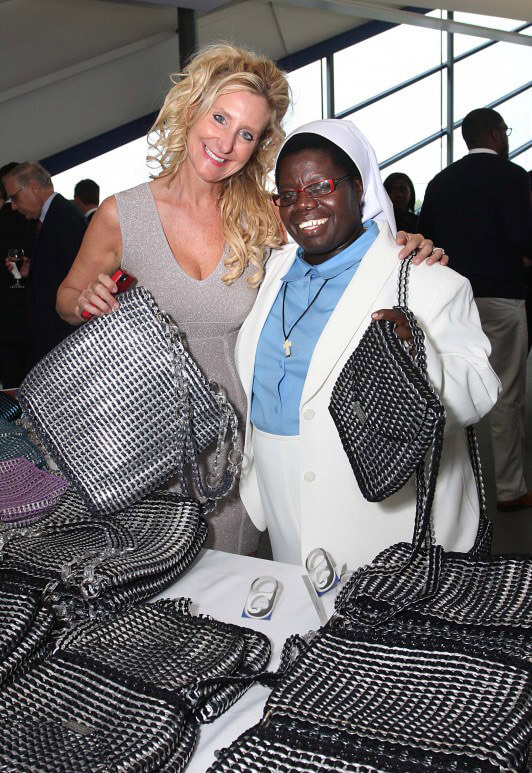